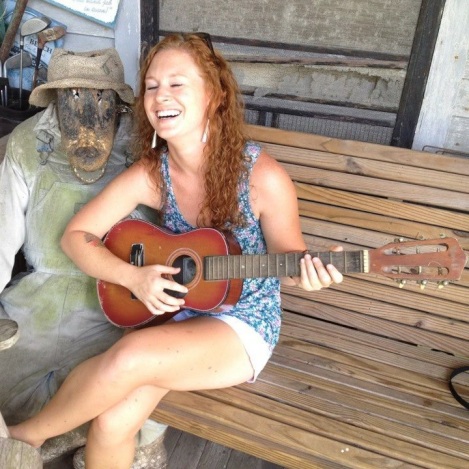 I’ve been to South America and South Asia (Indonesia), but before last August (2012), I had never been to the South in North America. That changed when I started dating a Southerner from Louisiana. Born and raised in Colorado, I’m not a huge fan of humidity, and neither is my curly hair, which becomes ridiculously unruly and unmanageable the closer to sea level I get. I’d never had any reason to go until then. It rains more than any place I’ve seen. Colorado is lucky to get a few thunderstorms a year – this is an almost daily occurrence down there. Yep, it’s definitely different.

A Southern Belle is something I’ll never be, but I’ve definitely learned my share of skills and had some crazy experiences down there. A few things I’ve learned and learned how to do:

*A new language. That’s right, the South has it’s own language. They are efficient people – they take one big breath and say everything they have to say in one very long word without breaking in between. Often, they will shorten words so as not to use up energy with those extra syllables. Then, they will stare at you until you respond, whether or not you understood anything that came out of their mouth. Nod. A lot. 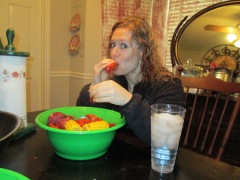 *Crawfish season is revered, and you best get your order in asap or watch out for rowdy people throwin ‘bows for the last pound. There is a crawfish hierarchy that is established among restaurants as to whose is the best – this is dictated through a drawn-out conversation by crawfish consumers between juciy bites discussing the seasoning of these ones to so-and-so’s down the street. Yet, they all get eaten all the same. Oh, and size does matter.

*Coke is soda is water. Any sort of bubbly soda is stored and stocked in houses and establishments like they’re preparing for a world-wide shortage. The only thing they’re missing is for it to come out of their faucets. Everything is called Coke – it’s just a matter of what kind of Coke you’d like.

*Some places are dark and dirty, while others resemble an extraordinary oasis. I’ve been on one plantation there, Houmas House, and it is one of the prettiest places I’ve seen. Also, some of the houses we’ve driven by are incredible. Quite a contrast between those and the poverty of New Orleans. They all have one thing in common, though, the culture of the people. The culture is tangible and hard not to get caught up in. It’s a mixture of feelings: old and new, music and art, cajun, french, american, wealth and poverty, history and the present. 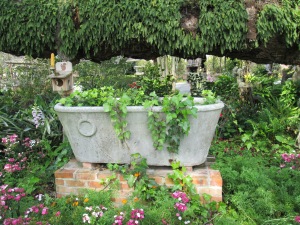 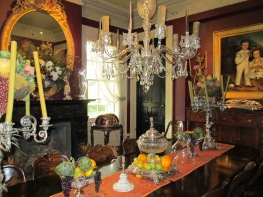 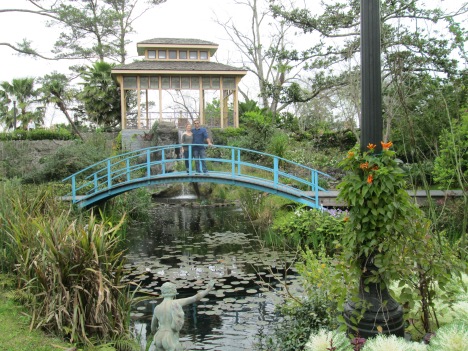 *The food is phenomenal, plentiful, and very filling. 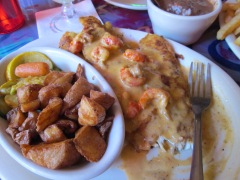 Other things I learned in Louisiana:

How to shoot a gun

How to wedge, throw, and trim my very first pot 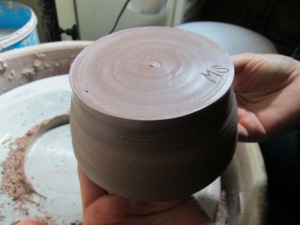 How to make apple butter

I’ve also been deep-sea fishing, hurricane drinking, regular fishing, insect identifying, frog leg eating, orange picking, running from slugs (irrational fear), walking down Bourbon Street and the French Quarter, sipping cafe au lait and eating beignets from Cafe Du Monde. Although it’s very different from home and almost like another world, it’s a fun place to visit and I’m excited to see what the next trip has in store for me.

I’ll just be a Colorado girl in a Southern Belle world.